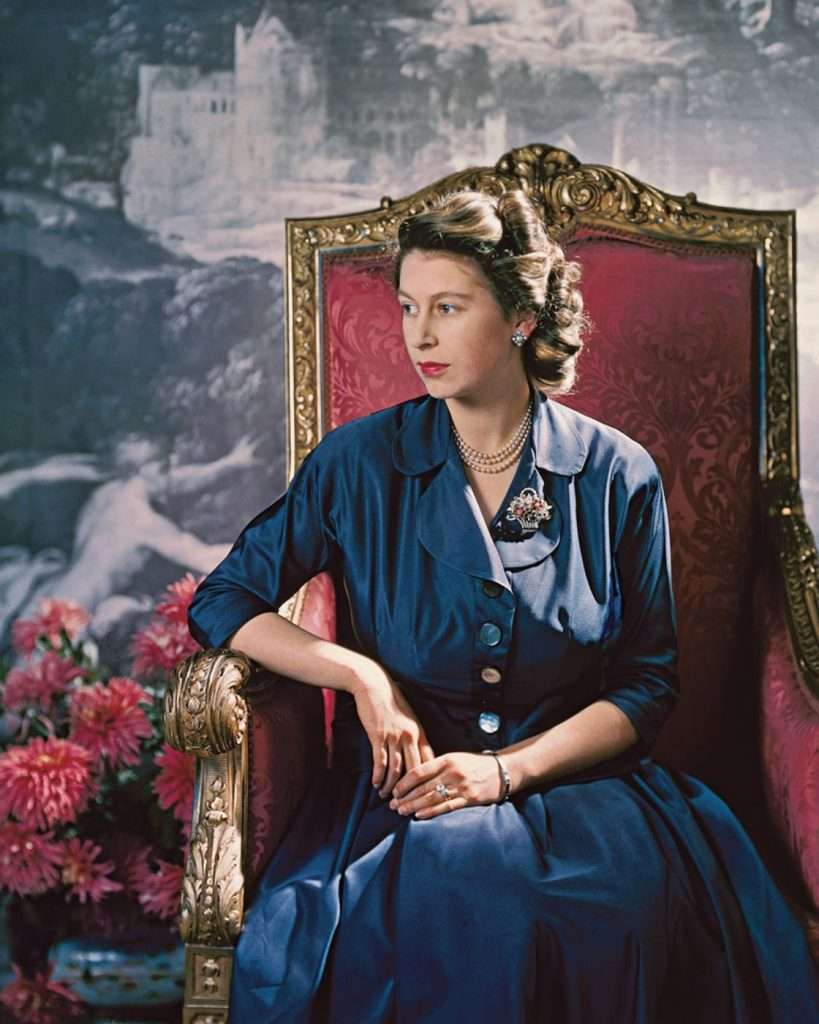 As part of our celebration of Her Majesty, The Queen’s Platinum Jubilee we have put together a selection of the best articles that have tracked her style through her reign.

The first is an article by Naomi Pike & published by Vogue in October last year. Through a gallery of photos it shows how Her Majesty has changed her style during her reign whilst keeping to constants such as her famous broach collection as well as her classic court shoes & shiny black bag

‘As a young princess who came of age during World War II, the Queen’s style has often reflected the state of the nation. For example her Norman Hartnell wedding gown was made using duchesse satin purchased with ration vouchers, as was typical of brides at the time. Decades on, the Queen continues to discreetly communicate through her outfits, from a diplomatic colour choice to a piece of jewellery carefully selected for the history attached. ‘

A lovely piece in Town & Country again has put together a gallery which highlights The Queens love of colour & emphasises the fact that her wardrobe has been a reflection of her reign, in public at least, she has never put a foot wrong. In the same way her style has throughout her reign has remained constant & dignified but with a twinkle.

Glamour Magazine in their gallery also looks at other members of The Royal family who at the time one might have assumed would have stolen the style limelight, including her sister Princess Margaret & of course Princess Diana. There is a particularly lovely photo of The Queen Mother’s 90th birthday celebrations, with three generations dressed in florals.

Finally another article from Vogue which suggests that we can all learn a few style tips from both Her Majesty & her trusted dresser, Angela Kelly, the daughter of a Liverpudlian seamstress who sold her washing machine in order to be able to afford the outfit she wore for her interview at Buckingham Palace.

“One assumes the Queen must enjoy dressing in block colour, but all are a considered choice to ensure Her Majesty, a petite 5ft 3”, stands out in a crowd of well-wishers: candyfloss pink for a royal garden party at Buckingham Palace in 2019; lemon yellow for Prince William and Kate Middleton’s wedding at Westminster Abbey in 2011; letterbox red at Windsor Castle in 2020 to give thanks to volunteers and key workers for their help during the pandemic; cyan blue for church on Christmas Day in 2012; and fluorescent green for Trooping The Colour in 2016, a look that popped among the majority of the Royal Family, resplendent in red and gold finery but entirely blending in with Buckingham Palace’s balcony, decorated for the occasion in, well, red and gold finery. There isn’t a hue Her Majesty hasn’t worn, but then, with hundreds of engagements to attend a year and often having to change up to five times a day, variety of colour is everything.”

Be the first to know about our exclusive offers, new items and special promotions.